This breakfast quinoa is a delicious and filled with healthy carbs and protein. Topped with pears and almonds for a yummy, healthy breakfast.

So I tried Quinoa for the first time!  In case you haven’t heard of it quinoa is a very healthy carbohydrate that provides TONS (14 grams in a 3.5 oz uncooked) of protein!  It is also high in amino acids, fiber, iron, and calcium. Power food! 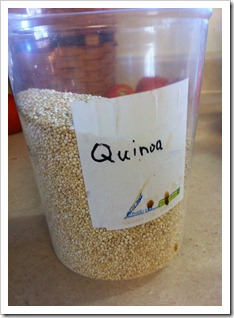 I followed this base recipe and that mixed it up based on what was in the pantry. 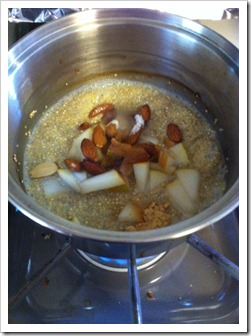 Breakfast Quinoa with Pears and Almonds

Bring quinoa, water, and milk to a boil with a dash of salt. Stir and simmer for 5 minutes while you chop your pear and assemble the rest of your ingredients. Add spices, pear and almonds. Stir until mixture thickens.  Serve warm! 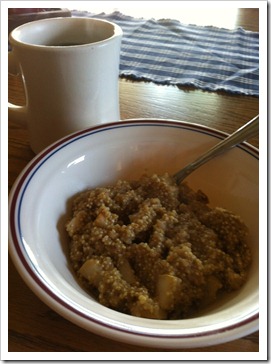 So what did quinoa taste like?  It was good!  I thought it tasted very similar to any other grain, in that most of the taste wasn’t in the grain but in the spices and add-ins.

What was quinoa’s texture like?  Well, I would say similar to Cream-of-Wheat or couscous.

Honestly, I wasn’t crazy about the texture, but I might be able to sacrifice it for a protein-packed breakfast food, since I don’t like eggs.
Have you tried quinoa? Love it—Leave it? Do you have a favorite quinoa recipe? 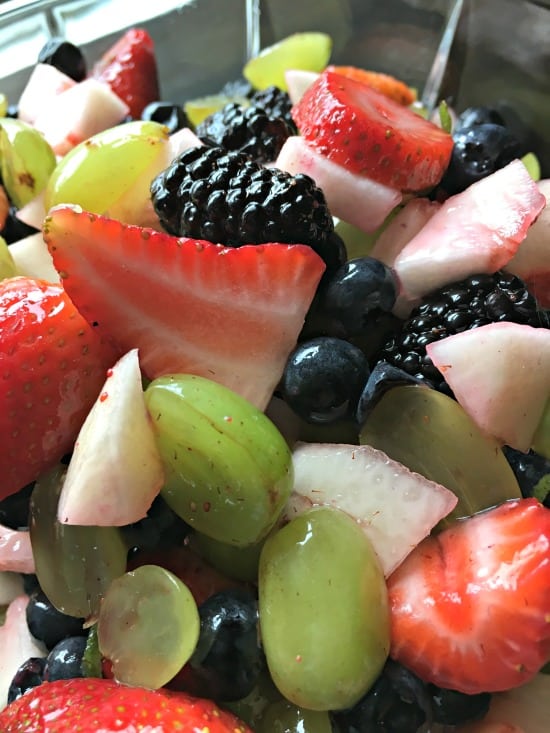 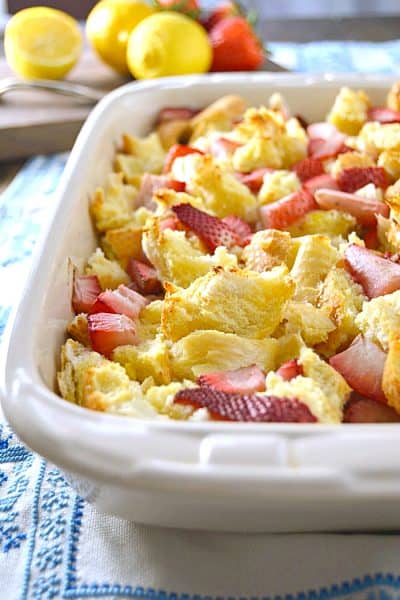